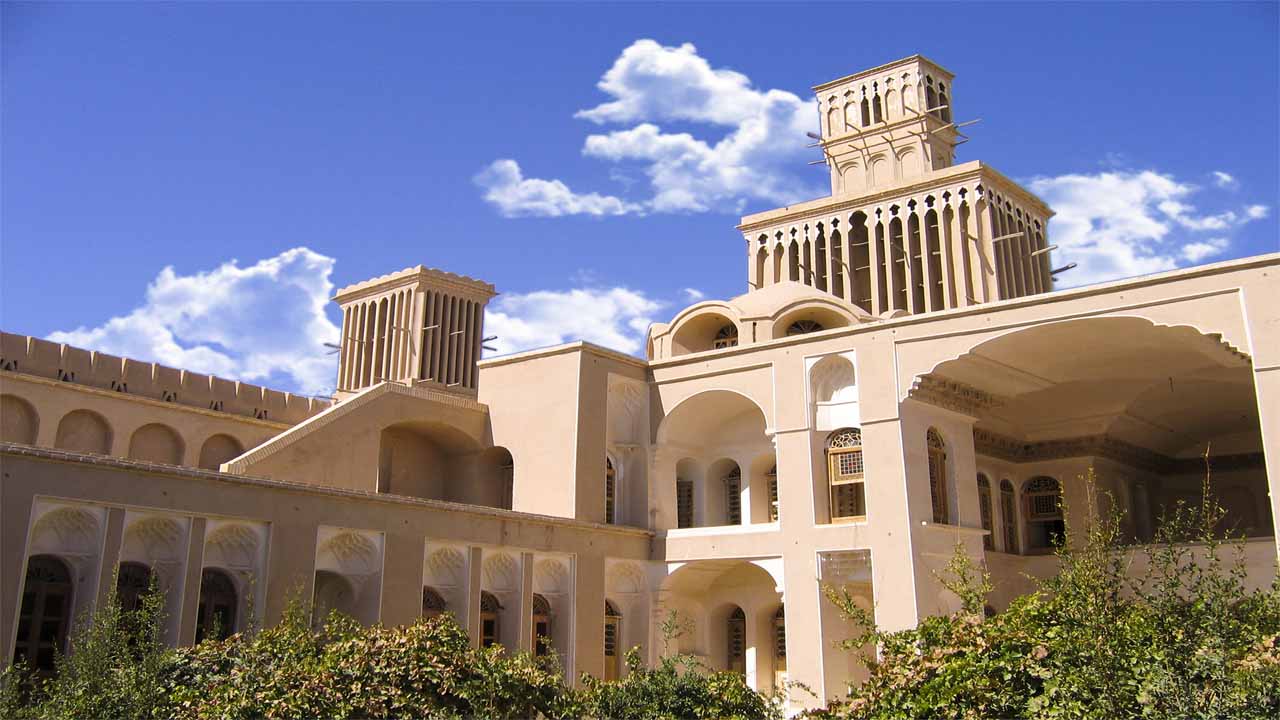 Abarkooh (Abarqu), is located in Yazd province. it is said because the town was first built on the hillside of a mountain, people called it “Barkuh” which means close to the mountain and during the time in the dialect it became Abarkuh.

In terms of geography, this ancient town is situated between three historical cities of Shiraz, Yazd, and Isfahan, it is approximately in the middle of this golden triangle.

Abarkuh is an architectural desert town which its houses traditionally built close to each other and made with vaulted roofs. In the old part of the city, The main construction material is sun-dried bricks and it is because the entire region around it lacks trees and enough sources of water. However, as a result of underground aqueducts (Karis or Qanat), the town has got plenty of green cultivated lands and gardens.

A city with numerous magnificent mud houses and antiquity of at least 4.000 years which was once the crossroad of the Silk Road. It has historical Ice Houses that date back to the Qajar dynasty.

This Ice House which called Yakhchal in the Persian language is ancient buildings used to store ice and food throughout the year to protect from the warm weather, it used prior to the invention of the refrigerator in the past.

Aghazadeh Mansion and its magnificent wind-catcher were built during the Qajar Dynasty and since 2015, the facade of this building has been printed on the 20,000 rial banknotes. The wind-catcher in Aghazadeh mansion is considered as one of the best examples of wind catchers in the world. This wind-catcher is 18 meters high and covers 18 square meters of area.

The Sarv-e Abarkooh (Abarkuh Cypress) is considered to be one of the oldest trees in the world.  its age is estimated to be between 4,000 – 5,000 years. According to the Legends, the tree was planted by Zoroaster, an Iranian prophet, or Japheth, the third son of the Noah.

Kings and rulers used this city both before and after Islam, including Shah Abbas who built numerous caravanserais along with the ways in this region for the travelers to rest.

During the Abbasids and the Buyids, the city was quite prosperous and successful. The reason is the location of this town on the main route of caravans coming from the major cities mentioned above. Besides that, the city was strongly fortified and walled with a citadel in it.

The town developed under the Seljuks and gained its financial importance under the Ilkhanids.

Safavid kings showed particular attention to Abarkuh and other cities in central Iran in the 17th century. Afghans’ invasion caused a lot of damages to the city in the late 18th century. During the Qajars ascending to power and last Zand ruler’s  (Lotfali Khan) battle against them, Abarkuh was the object of several military attacks and invasions.

Abarkuh has a hot and dry climate. The climate of this city in general scale has the characteristics of desert cities in Iran’s plateau.

The highest temperature is in June, July, August, and also September and the coolest months of the year are December, January, and February.

The Abarkuh main cultivations are wheat and pistachio. The other major products are grape, apricot, pomegranate.

The Minaret of Nezamieh Mosque

The Historical House of Sowlat