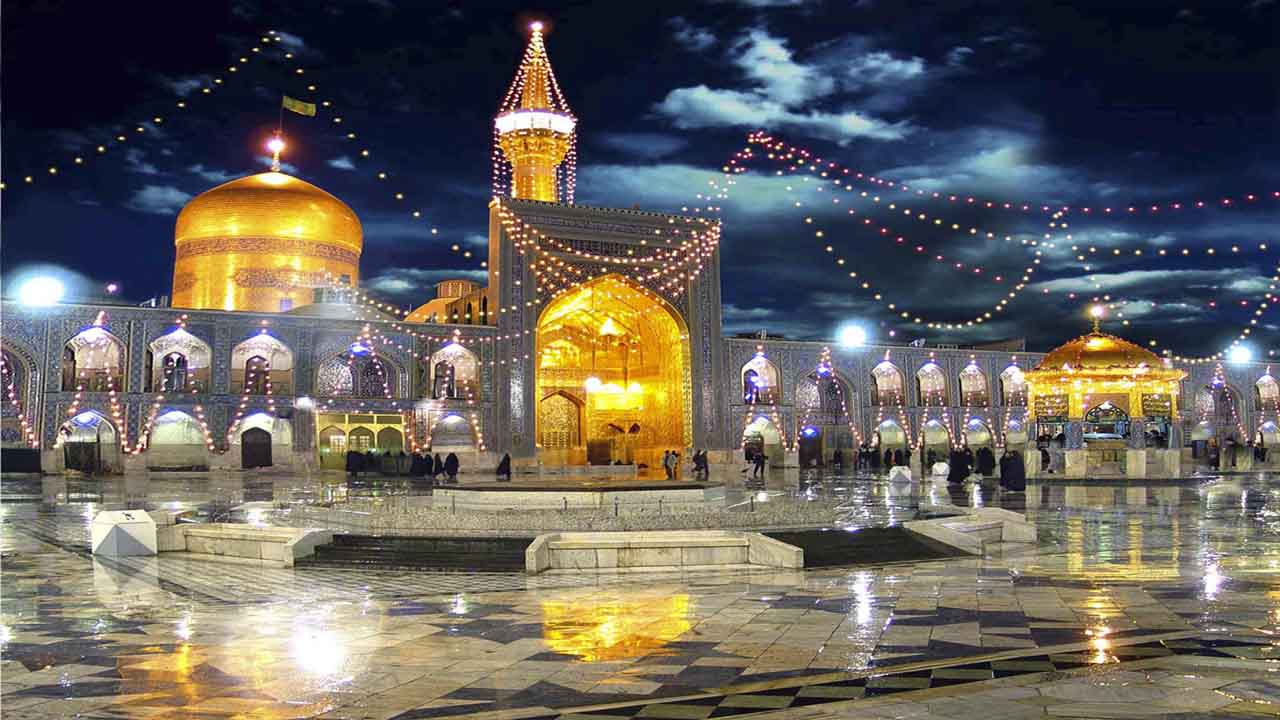 Mashad also spelled “Mashhad”, is the holiest city in Iran and also the second-largest city in terms of population. It is located in the northeastern province of Khorasan at an elevation of approximately 985m above sea level. Mashhad has featured a steppe wheater with hot summer and cool winter. Generally, it is dry and hot in summer and gets pretty cold in winter days.

In ancient times, it has been on the Silk Route passing through the northeast of Iran. its location, historical events, and religious reasons have helped the growing importance of the city.

In earlier times it was long dominated by the pre-Islamic city of Ṭous. Both the fifth Abbasid caliph Harun al-Rashid (ruled 786–809) and Ali al-Rida (died 818) the eighth Imam of Shiite Islam, were buried there. Al-Rida is the only imam buried in Iranian soil, and the belief that he was martyred by poisoning explains the name of the city, which means “place of martyrdom in the Arabic language.”

Beginning as a small village in the 9th century, it was known as Sanabad. The Abbasid Caliph, Harun Al-Rashid, died and was buried there. Ten years later, Imam Reza was martyred and buried next to him.

The burial place of Imam Reza turned into a holy shrine to those many began to visit to show their respect. Hence, by the end of the 9th century, a beautiful dome was built on top of the grave, several buildings were constructed and lots of stores were opened around it to serve the pilgrims.

Under the Mongols’ invasion in the 13th century, a large number of people whose cities, and houses had been destroyed, began to migrate to Mashhad because it was almost unharmed. In around one century, the city grew vastly and largely. In the 15th century, Timurids ruled over this part of Iran.

When Iran turned into a Shiite branch of Islam during the Safavid dynasty in the 16th century, Mashad gained its importance especially after it was conquered and freed from the hand of Uzbeks by Shah Abbas I.

In the 18th century, Mashhad was the capital of the Afshar dynasty and its mighty king Nader Shah. Under Qajars and after that the city was the target of local rulers trying to have absolute control over it.

Every year several million people visit Mashhad and its tourist attractions and the absolute majority of these tourists are religious travelers going there for pilgrimage. The major religious sight in Mashhad is the Shrine of Imam Reza, the eighth Imam of Twelver Shiites.

Mashhad is the birthplace of several famous Iranian literary figures and artists including Ferdowsi, the great Iranian poet who saved the Persian language after Arabs’ invasion.

It is believed that Ferdowsi birthplace, Tous and a small town nearby, has been the origin of the city before it was expanded to this large scale we see today.

The historical village of Kang