Tehran city is one of the largest cities in the world and it is located in north-central Iran. 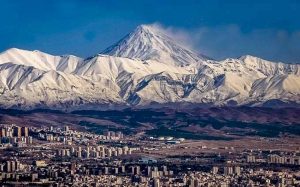 It is located at the foothill of the Alborz, highest mountain in Iran, Its highest peak, Mount Damavand, has an elevation of more than 18,400 feet (5,608 meters) and is visible from the city on clear days.

The location of Tehran city has been historically known as Ray, which is now a small city in the south of the present-day of capital.

Ray was destroyed by Arabs in the 7th and Mongols in the 14th centuries and the inhabitants fled to Tehran city, the nearby village at the time of Mongols invasion.

Tehran city became important since then and came to the attention of the Iranian ruler, Karimkhan Zand. 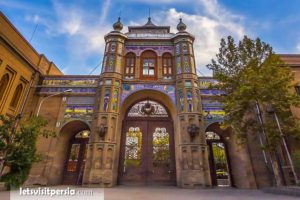 Although he ordered Golestan Palace (which is registered as a UNESCO heritage site in 2013) to be built for him, he later decided to choose Shiraz as his capital.

With the rise of Qajars (Aqha Mohamad Khan), it gained its importance when it was declared the capital of Iran in 1786.

Palaces were built one after another and continued to be built during the next dynasty, Pahlavi. Even after the monarchy fell apart in Iran as a result of the revolution in 1979, Tehran city remained as the capital of Iran.