The word Nomad comes from a Greek word that means someone who wanders for pasture. Iran nomads are those people who migrate from one place to another to find fresh pasture with their tribe and all their belongings. They use goats and sheep to provide milk, cheese, and meat for their daily needs and also sell the babies at the market to buy necessary goods. 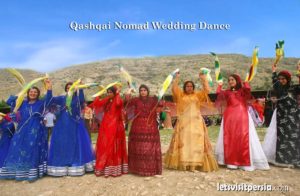 Migration is a way of life for nomads because herding cattle is their basis for economic life. Two outstanding characteristics of nomadic life are Changing of location and migrating of human groups.

Iran Nomads’ lifestyle is a fine balance between human, animal and their environment. Almost all of the nomadic groups follow a fixed pattern of movements and settlements.

This traditional way of life is disappearing. These days, some of them travel by motor vehicle but they still live in tents or other portable shelters.

Researches on migrating way of life indicate that this phenomenon exists mostly in semi-dried and marginal territories, in areas where there is not any suitable piece of land for farming like slopes or stony grounds.

There are various theories causes of such a way of life, reference can be made to some of them like the increase of population and expansion of agriculture, the economic structure of a given society, social and political situations and ecological factors. 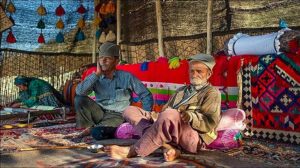 In many cases, Iran nomads have had special roles in the war with enemies. Sometimes, they were united like an independent army force. The history of Iran witnesses many samples of their important assistance in defending the country.

The differences between villagers and nomads’ lifestyles have frequently ended in quarreling. Nomads could have been a major threat to villagers because their cattle could harm the villager’s farms.

Others are considered small tribes who had to settle during the Pahlavi dynasty. Many of them start migrating again.

As a member of social life, a tribe has many duties. There is a system to connect a family to the whole tribe.

One of the subdivisions of a tribe is family. The emotional links inside and outside the families called ethnic solidarity are much stronger than among settled families. 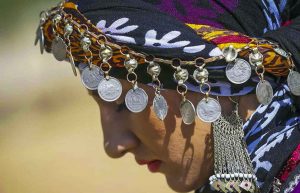 In nomadic societies, a family with its definition and functions is different from what we know as a family in modernized societies. A family cannot exist without a wife and cannot perform its duties. In this family, the whole family matters, not an individual member. This is the survival key of a tribal family.

Polygamy is sometimes seen among these societies. Another wife is another source of assistance and the head of a family needs to manage their responsibilities.

A man, a woman, and a child are each helping the family to go on. Even children have their job descriptions from childhood depend on their sexes. They learn and practice the serious life of being an adult every day.

Each group has its own responsibility, property, and characteristics. Sometimes, you can say which class they belong to by looking at the color and appearance of their tents.