Rial (IRR) is the Official Iranian currency. The Toman (10 Rials) is mostly used to express amounts of money and prices in Iran.

Toman is more common in speaking, while Rial is the official unit and used in official documents. every 1,000 Tomans is 10,000 rial and 2 million Toman is 20 million rial.

In recent years people more likely to use Check-pul instead of carrying a large amount of money.

chek-pool (check money) works like a traveler’s check but doesn’t have any names written on it, so it works as a large amount of money. The most common denominations of chek-pools are 500.000 and 1.000.000 rials.

Prices may come either in Rial or Toman and mostly should be understood by the buyers. If you of doubt, please check it with the seller. 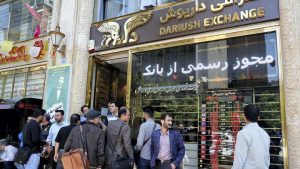 where to exchange in Iran

Somehow Iran is still a cash economy for tourist while almost all of the locals use their own debit card, but as a tourist its better to bring enough cash and you can exchange in every city if you need. The most common currencies are the US dollar and Euro, but the UK pound sterling is also used. Other currencies are a little harder to change so it’s more logical to bring these currencies.

Where to exchange money in Iran

To exchange money, you can refer to the banks or authorized exchange shops in the airport or tourist areas. In this special shops which are called Saraafi you can exchange your money at a little bit more rate, but very fast.

There are also a lot of street exchangers in tourist areas who usually held a bunch of money in their hands and show them to people who are walking and shout Dollars, Euros, Pounds, and etc. This kind of exchange is not legal and also is not recommended.

Caution: We strongly suggest all tourist to ask their local tour guide to help them in this case.

International credit cards are not a reliable way for payments in Iran yet except in special big stores such as carpet stores or other survivor shops.

Sometimes, you can also ask these shops to do a favor and give you cash without buying anything.

Banks also will not forward cash advances on your International credit cards.

There is a lot of ATMs machine everywhere in Iran, but they only accept the domestic debit cards and are useless to foreigners.

If you are going to buy souvenirs you can bargain but prices to buy from supermarkets, restaurants and also transportation fees are fixed. 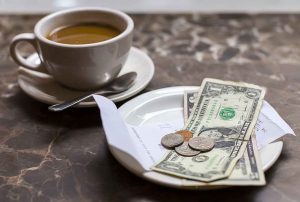 how much to tip in Iran

Tipping is generally expected, porters and bellboys will expect between 20.000 to 50.000 Iranian currency (Rials) or 1 US Dollar. Tipping in restaurants is not a big deal, very often you can round things off, although in snack restaurants you don’t need to tip, in a classic restaurant you can pay 150.000 to 200.000 Rials.

If you’re getting room service, then tipping is a must. Anything around 50.000 Rial should be fine.

The doorman at your hotel is basically there to be tipped. If you’re staying at the hotel for a few nights, then tipping him upon your departure with something around 20,000 Rials (Official Iranian currency) would be fine.

Regarding tips for your guide and driver 5-10 $ is common for your guide and half of that for the driver if you’re only getting the service for one day. If you’re traveling with a group for a week or more, 5 $ or euros per day should be ok. You can pay way more than that, so it really depends on how happy you are with the service.