Esfahan is located at the intersection of the two principal north-south and east-west routes in central Iran and south of Tehran.

The city’s rich culture and unique architecture and are in such perfect harmony that one seems to be a reflection of the other. it is an ultimate expression of the Iranian-Islamic Culture. 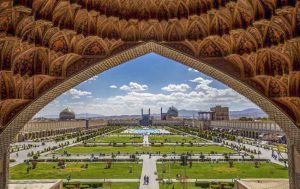 The historical monuments of Esfahan is a collection of the finest examples of the various styles of Persian architecture developed throughout a thousand years and even more.

The quality and quantity of its artworks are great and they are masterpieces of the post-Islamic Iranian architecture.

Imam Square, known as the Naqsh-e Jahan (meaning portrait of the world) Square, is one of the largest city squares in the world.  Around this square sit a number of world-famous marvels of Islamic architecture which is designated by UNESCO as a World Heritage Site.

Persians call it “Nesf-e-Jahan”, meaning “Half of the World” and it shows the important role of this city in Iran history. 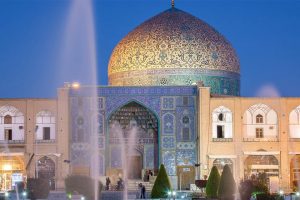 In terms of population, it is Iran’s third-largest city after Tehran and Mashhad.

A river called Zayandeh Rood (life-giving River) runs through the city and its residents more life!

Esfahan is a city with regular seasonal changes. Spring begins in late March and summer in late June.

The city greets fall color in late September with the leaves falling off the trees and also winter starts in late December. Among all the seasons and months, Esfahan is perfect in May.

Esfahan is the most touristic city and center of the Iranian Islamic art in Iran which tourists should definitely visit and according to the French author, Andre Malraux, only Florence is comparable to this city.