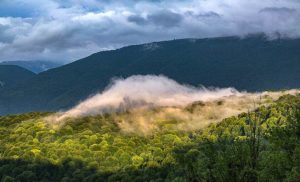 The Hyrcanian forests in northern Iran run more than 800km the coast of the Caspian Sea which are also home to the Persian leopard and nearly 60 other mammal species, as well as more than 150 bird species.

The only other natural UNESCO site in Iran was Lut Desert in the south-east of the country which is registered three years ago.

Recognition of these outstanding forests as a UNESCO World Heritage site will increase the popularity of these forests and it can raise the realization of the people in the region through awareness and exchange of experiences with other UNESCO heritage sites.

Iran also has 22 cultural sites on the World Heritage List, including the Magnificent Persepolis.